I did it!  I finally finished it!  30 hours of punishing gameplay later and I finally…saved the world?  I think I did.  My guy sat down by a bonfire after beating the final boss at any rate.  The Souls games (and Bloodborne for that matter) are notorious for having obscure stories that you have to find by reading through various item descriptions before piecing it all together.  I’m not ashamed to admit that I read up on what the hell was going on after I finished the game.  But enough about the bonkers story.  How about the rest of the game?

HOLY GOD WHATTHEBLOODYHELLISTHAT?!  My reaction to most of the enemies in the game.

Dark Souls and co. are also notorious for their difficulty, and Souls 3 is no exception in terms of enemies.  The main enemies and bosses are as challenging and ever, and in many cases are much faster and more aggressive than those in the past (probably as a result of Bloodborne from the same development team).  But as is ever the case in this series, perseverance and jolly co-operation will win the day!  Whilst hard, none of the bosses are unfair and every time you fall you know exactly what you did wrong.  You didn’t manage your stamina, you mistimed that dodge, you got greedy and attacked to heavily.  After every loss you’ll feel a greater determination to go back and try again.  It rarely frustrates and frequently pushes you to try again, almost saying “You know you can do this don’t you”. 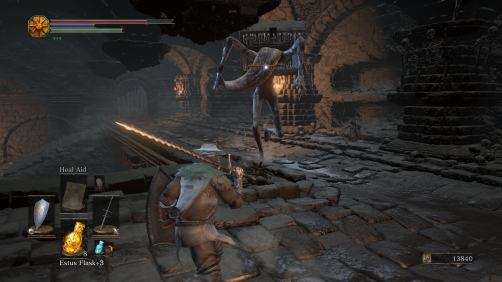 It’s not just the bosses that are tough.  Chompy McTongueFace here killed me on more than a few occasions.

In some ways though, the game feels easier than before.  It may be due to having played the previous games, I’m well versed in how this game works before going in.  It is a lot more linear than the previous games though.  For the most part you’ll just be following a path, fighting as you go.  Chances for finding hidden areas or ending up in the wrong area for your level are rare at best.  Some people may enjoy the straighter path, I would have preferred and experience more like the first game though where pretty much everywhere was open to you right from the off. 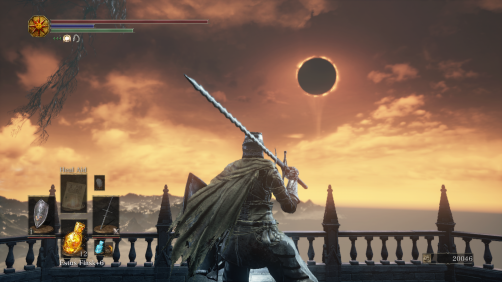 I have nothing special to say about this one, I just think it looks brilliant.

The game certainly looks gorgeous, with lots of varied enemies (there’s some Bloodborne influence here too) and environments.  I think they may have tried to push the console versions a bit too hard though as the framerate suffers in places.  Fighting a large enemy that had an impressive frozen mist effect around it slowed the game to a crawl and made dodging near impossible.  This is a rare occasion in which enemies can be frustrating.  It’s a real shame that they decided to make it look prettier rather than optimising the game to run at a consistent framerate.  If you can cope with that nonsense though, there’s one hell of an experience 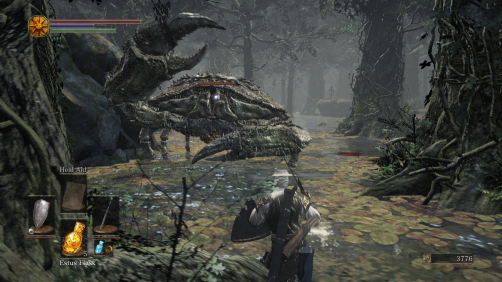 I’m sure there’s some sort of crabs joke I could put in here.  But I’m far too grown up for that, honest.

Dark Souls III was developed by From Software and published by Bandai Namco.  I played the game on Xbox One and would recommend it if you like an esoteric, challenging action RPG.  Just be prepared for the occasional slowdown as the hardware struggles to keep up with the game.  Maybe the PC version runs better!