That’s Charles Martinet up there you know.  He’s Mario.  That is not how I expected him to look.

So there was that voice actor strike a little while back.  Is that still going on?  I’m pretty sure it was to do with pay and conditions.  I’m not going to get into the rights and wrongs of it, but I am going to take the opportunity to mock some genuinely terrible voice acting in games.  Bad voice acting really can take you out of an experience when it’s so jarringly bad.  Even in a game that isn’t very good to start with can suffer even more at the hands of bad vocal work.  On the other hand, there is the occasional “so bad it’s good” set of vocal lines that can occasionally work if you’re going for a B-movie style.  But more on that later.

Anyway, you know they rules by now.  Games that I have played only, one game per series etc. etc.  I normally wouldn’t post videos, preferring to go for screenshots, but to fully appreciate the sheer awfulness (is that a word?) I feel a video is somewhat necessary.  Enjoy!

A classic!  In so may ways.  It brought survival horror into the mainstream.  It was genuinely unsettling at times.  The graphics (for the time) were excellent.  That first meeting with a zombie!  But the voice work was cheesy beyond belief.  This is what I meant with “so bad it’s good” B-movie style.  The cheesy dialogue actually works for the game.  But that doesn’t change the fact that the line was delivered so badly.  I accept the writing being wonky, but considering the context of the scene, it comes across so badly acted.

Almost crushed to death, having been confronted by zombies, and we’re giggling about being “a Jill sandwich”.  Plus Barry not managing to say Jill correctly.  Apparently the voice actor started laughing during the reading of the line, resulting in it sounding like “Jiggle”.  But obviously doing another take is something other game studios do, so it was left in.  Then there was the “Master of unlocking” quote later on.  Just cringe worthy.

Mega Man 4 is my favourite in this series.  This is most likely due to it being the first one I played, but I still stand by the fact that it was a good entry to the series even though it was a touch easier than some of the others.  Mega Man 8 was released on the Saturn and PlayStation complete with animated cutscenes featuring voiced characters.  Whilst there were some laughable ones, none quite takes the crown of “Most Terrible Voice Acting” like Dr. Light.

I’m not one to make fun of someone with a speech impediment which may account for the mispronunciation of “Dr. Wily”, but the lines are just delivered so poorly.  There’s utterly no emotion to them, and at various points the person delivering them sounds as though they’re drunk!  This didn’t really effect the main game too much as they were confined to animated cutscenes outside the stages.  But good god they were annoying and stuck out like a sore thumb.

The Dynasty Warriors games are something of a guilty pleasure for me.  I’m not under the illusion that they’re excellent games, but they can be extremely cathartic.  Taking out hordes of enemy units before confronting their commander is rather satisfying.  Battles are often interrupted by by brief cutscenes of the commanders taunting each other before engaging in battle and it is some of the most terrible, cheesy vocal work I have ever heard.  But it somehow makes the game better for it.

Just listen to it.  I don’t think I even need to say anything.  It’s hilariously camp nonsense, with lines delivered as though they’re sitting in a living room mocking each other over a game of Street Fighter rather than fighting to the death on the fields of battle.  “Feel the power of my maaaagiiiiiiic!” sounds as though it’s being said by a character on South Park rather than a Chinese mystic.  The thing is, I think the game would actually be worse if the lines were delivered seriously.  This is the perfect example of “So bad it’s good” in video game voice acting.

House of the Dead 2

I love light gun games and I love this series.  House of the Dead is one of those go to light gun games for me, alongside the likes of Time Crisis and Area 51.  Well paced with interesting boss fights (linked to Tarot cards apparently) and typing tutor spin offs of all things!  There aren’t all that many voice lines in the second entry in the series due to the plot being completely meaningless; but those that are there…

I’m not sure the voice actors knew what the characters were going to be doing in the game.  It’s as though each person was given just their own lines and recorded after reading it once.  No one seems to have a single emotion.  Maybe the real zombies are the humans!  Is that what’s happening?  Is the game that deep?!  No.  No it isn’t.

I feel bad for including this.  I really enjoyed the game in spite of some bizarre lines that were repeated far too often (“Do you remember the day the snow turned to rain?”) or delivered in such a stilted way.  The bad voice work did break the immersion from time to time, which is a shame as it was pushed as being an immersive experience through its day night cycle, genuine weather transitions and it’s time based system that I only really recall seeing in Dead Rising since then.

The lines from some of the characters are delivered in such a forced way.  Nothing feels like a genuine, flowing conversation.  It’s more like they’re a conduit for information (which I suppose they are) and nothing more.  It’s an issue that came up quite regularly in the era, but when this game was supposed to be so immersive, badly delivered voice work sticks out a great deal.

A couple of honourable mentions.  Earth Defense Force has some absurd lines that result in more than a few chuckles.  This may be due to translation showing cultural differences between territories.  Sonic Adventure is also a fairly poor one at times.  The line delivery isn’t always terrible, but the sound mixing is a mess meaning some lines can’t be heard over the background music and sentences are cut off part way through.  This is compounded by some of the characters having such grating voices.  Also: Big the Cat…

How about you?  Can you remember any dreadful voice work from some of your favourite games?  Has it ever ruined the overall experience for you?  Let me know.  I could always use a laugh! 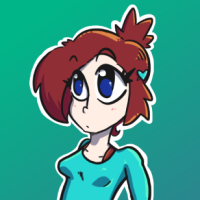 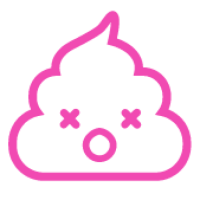